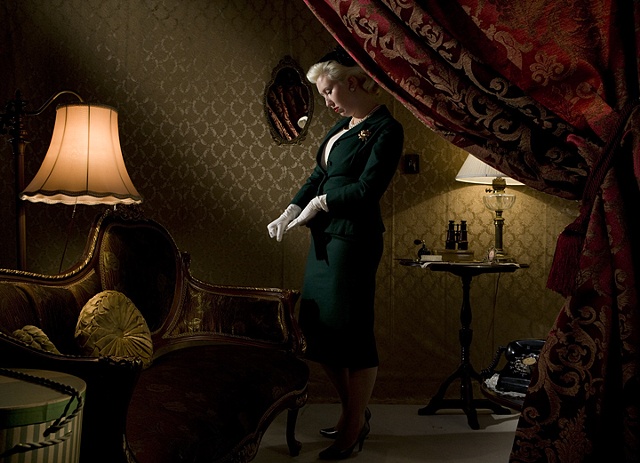 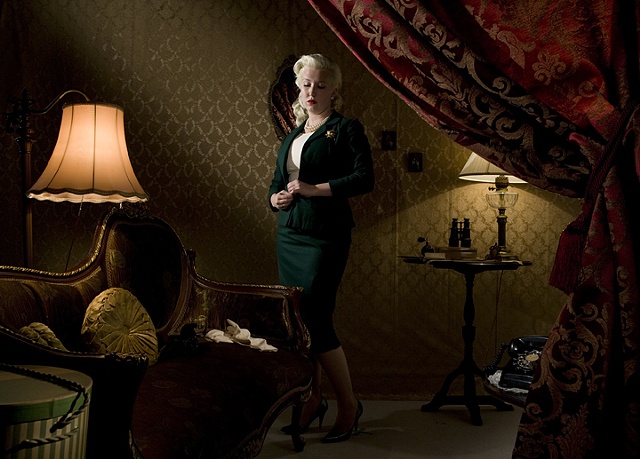 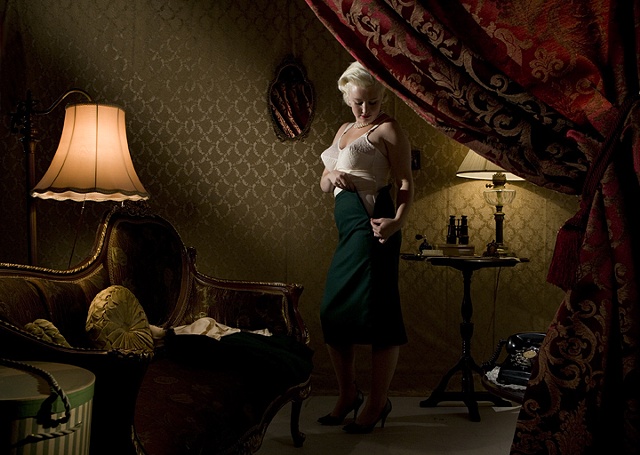 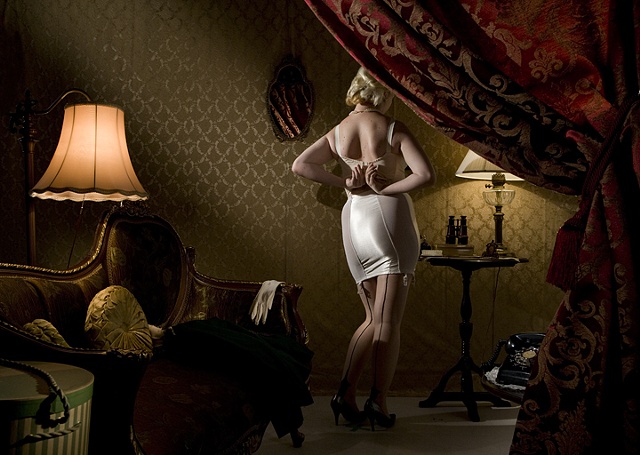 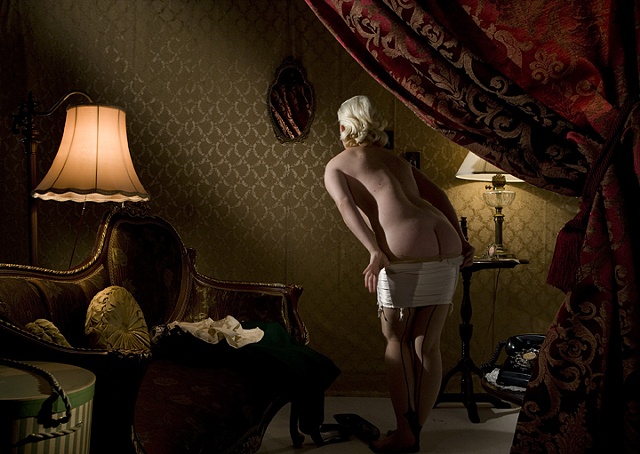 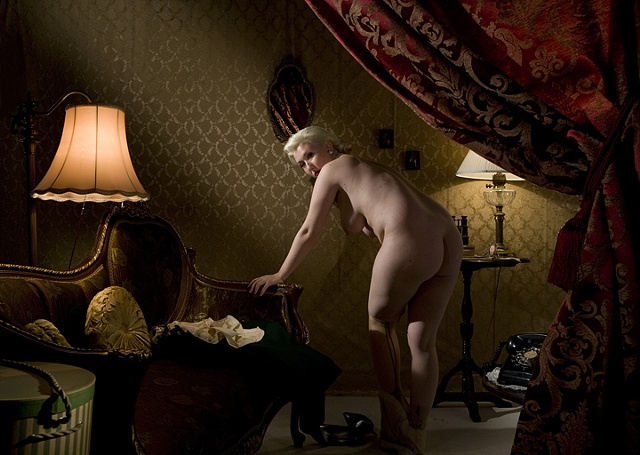 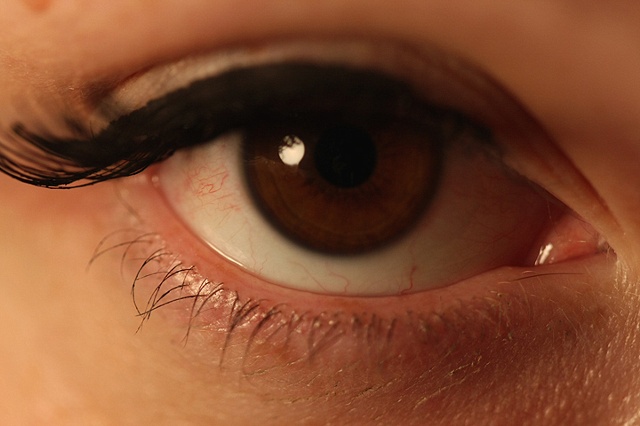 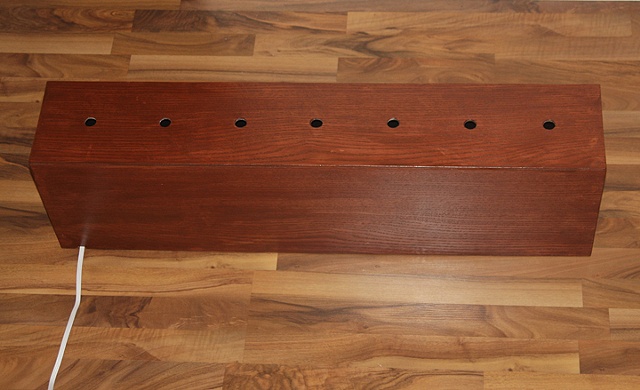 Peepshow is a light box installation that explores sexual voyeurism by positioning the viewer as voyeur. It employs the technique of cinematic narrative to depict a scene of a woman undressing, and remains ambiguous as to whether or not the subject knows she is being watched. The sequence of images is displayed within a box with peep holes and makes reference to peep shows of the 19th century. Themes that are explored within the work include gender performance; striptease; the ongoing interest with the female nude in art; the concept of the iconic female image; and the position of the male gaze. The images themselves pay homage to Alfred Hitchcock and the genre of film noir of the 1940's and 1950's. Cinematic lighting, props and costuming help realize the vision of this period. Peepshow takes up the notion of scopophilia, the pleasure of looking to attain sexual arousal, theorized by Laura Mulvey in her seminal article Visual Pleasure and Narrative Cinema. The striptease provides this form of titillation, but also involves the concept of exhibitionism and the pleasure of being looked at. Peepshow is also a self portrait. The artist is the subject of the viewer's gaze, acting out the role of the iconic female. Peepshow's intention is to make the audience evaluate their role as voyeur, and question the "rear window ethics" of watching someone. It is when the viewer is confronted by the subject of their gaze that this questioning will take place. It is also a goal of the work to remain in an ambiguous state about the woman’s own pleasure of being viewed. Finally, Peepshow is about female empowerment through sexuality. The mind behind the work is also the woman in the pictures and so the artist is in full control of the viewer’s gaze. She is also in charge of every element of the production, putting her in full control. This power is asserted when in the end, she meets the viewer’s gaze.